LIFT TO CLIMB UP 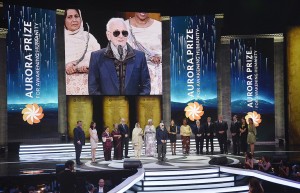 On April 24, Yerevan hosted the international prize “Aurora”. This is a global humanitarian award, which is awarded to those who, risking their own lives, enable people to survive, to live peacefully and to create. The award is given on behalf of the survivors of the Armenian Genocide and in gratitude to those who extended a helping hand to the Armenian people.

The laureate will receive 100 thousand dollars and the opportunity to continue a chain of donations by providing a grant of $ 1 million to humanitarian organizations which supported him.

The ceremony was conducted by opera singer Hasmik Poghosyan and writer-journalist David Ignatius.

The ceremony was attended by RA President Serzh Sargsyan, Catholicos of All Armenians Garegin B, the world famous singer Charles Aznavour. 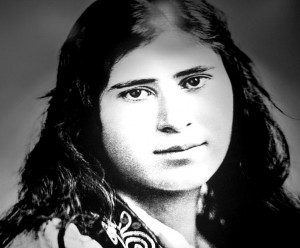 In ancient Rome, Aurora was the goddess of the dawn. The purpose of the award is to shed light, to reveal and to support those people who often with their loyal, self-sacrificing work go unnoticed, but nevertheless their work leaves light mark on the fate of people…

The name “Aurora” was chosen in honor of Aurora (Arshaluys) Mardiganyan, who 100 years ago was the eyewitness of barbarities of the Turks. She survived and told the world about the atrocities in 1915 in her book “Ravished Armenia”, which was published in the US in 1918. In the same year, film director Oscar Apfel made a film based on the book (the first feature film about the Armenian Genocide), where the main role was played by Aurora herself. The film earned $ 30mln profit. The money was handed over to the orphans of the Middle East.

Candidates for the prize “Aurora” were: priest from Togo Bernard Kinvi, Syeda Ghulam Fatima from Pakistan, doctor Tom Katina from Sudan. The award was received by Marguerite Barankitse from Burundi who saved thousands of lives during the Civil War.

P.S.      The Armenian, 101 years ago going through the pain and suffering, does not forget his saviors, and today, thanks them himself and holds out a helping hand to those in need…

Lift to climb up… 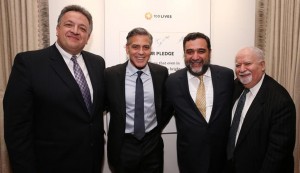