BUILDING VICTORY WITH ART AS WELL

“Supporting the soldiers on the front line is the biggest and unselfish thing you can do for your homeland,” says Junior Sergeant Hermine Danielyan of a rear military unit. Hermine has been in the Armenian Armed Forces since 2018. She is the head of the military unit club, at the same time she is in charge of the library. She studies at the Mkhitar Gosh Armenian-Russian International University of Armenia, specializing as a manager.

“I already have the highest title I would ever like to have: I am the daughter of a soldier, the wife of an officer, the officer’s sister, the mother of a future soldier,” says Hermine.

Her directness encourages honest conversation. The woman, who has just completed two years of service, has known army life since childhood. She remembers that the father who was in the Artsakh war when at home for a few hours would hug the children and tell them about the devotion and bravery of the soldiers. He did not even listen to the wife’s urgings to rest a little. All his stories were a real lesson in patriotism, through which Hermine and her brother got to know and love the newly formed Armenian army.

“My father always told us that the first condition to become a good person is to love the homeland and do good deeds for the homeland,” says Hermine with undisguised pride and respect.

… But Hermine’s dream was not to become a soldier at all. The girl with aesthetic taste and creative skills dreamed of becoming an artist. Maybe fate, precaution and her father’s stories already at a conscious age forced her to give up her dream and go more responsible and honorable, on the path of the military…

While studying at the Panos Terlemezyan State College of Fine Arts, she became close with her future husband, and they decided to go to Artsakh together to join the soldiers guarding the homeland’s borders.

“A soldier standing on the border is stronger and invincible when he knows that a woman is supporting him and supporting him. In my opinion, the role of women in the armed forces is irreplaceable. The presence of a woman is important in making the daily life of the army interesting and pleasant. If necessary, we are a mother, a sister and a trusted friend for a soldier.” 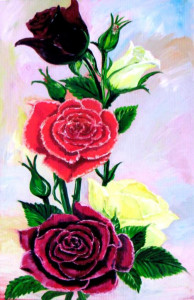 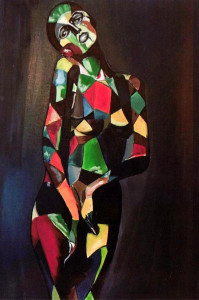