OUR SOLDIER – THE CHAMPION OF EUROPE 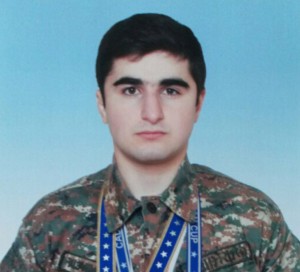 Shahen Abaghyan serves in the Central Sports Club of the RA Armed Forces. He is in the top ten of 2015 soldier-athletes.

Shahen is a disciplined, restrained, very modest man, does not give any cause for rebuke, – says the Club’s Deputy Commander on sports work, Major Sos Sargsyan. – He regularly trains, even in his free time, purposefully moves forward. In 2013 he became the champion of Armenia, took fifth place in the European Junior Championship, in 2014 – 2nd place in the European Championship, and so on, and now – the honorable first place.

Shahen’s victory is particularly significant in the context of the last days fighting in Artsakh.

– When we received the news of his victory, indescribable enthusiasm was in the military unit. Even they began to joke: Shahen knocked down the Turk and Azerbaijani, and they took offense and went to war.

Shahen’s father, Karen Abaghyan is a coach of the junior national team in judo, and his mother, Vicotria is a teacher.

– In these difficult for the homeland days I wish all the soldiers victory and strength of spirit. My son has proved that the nation with a strong spirit will never kneel down, – said Victoria Abaghyan.