IN THE WAKE OF ONE FEAT

They died for the country: brotherhood, consecrated with blood

Voronezh journalist Valentin Kotyukh approached us with the request – to provide data about the pilot, the commander of the fighter, Junior Lieutenant Artyusha Ohanjanyan who died heroically near Voronezh on July 8, 1942, directing his burning plane in a concentration of enemy tanks. He was only 25 years old. For his feat, he was posthumously awarded the Order of the Red Banner.

The fact is that, in connection with the 100th anniversary of the Air Force of the Russian Federation, in Voronezh, in the street named after the hero a plaque will be placed, and the journalist required curricula vitae of the hero.

We found the family of Ohanjanyan, introduced to journalist Kotyukh, and soon the following article appeared on the site communa.ru.

chairman of the Voronezh regional devision of «M.T. Kalashnikov» organization 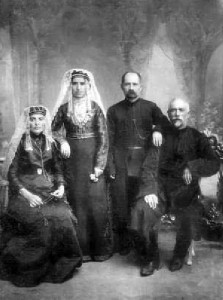 During the Great Patriotic War, 600 thousand Armenians fought on the fronts. This is half of the total population of the solar Armenia in those years. Many envoys of these people gave their lives in the Battle of Voronezh.

Forever inscribed their names in the annals of the battle for the Voronezh region commander of the 174th Infantry Division, Colonel Sergey Isayevich Karapetyan and his soldiers. Under his leadership, the division soldiers liberated from the Nazis left bank of the Don at Petropavlovka, captured and held Korotoyak bridgehead. 7th company of the 41st Regiment of the NKVD border under the command of Lieutenant Hayk Balayan seven days defended Chernavskii bridge. Here, near the bridge was killed Suren Margaryan. On July 10, 1942 the deputy company commander Mihran Khachikian with a group of fighters, being in exploration in the area of ​​Agricultural Institute, was surrounded. The decisive blow gave the opportunity to the soldiers to reach their troops, but the commander was killed. 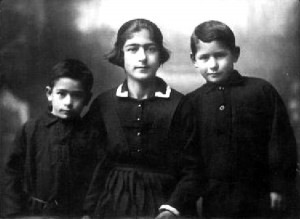 In the town of Borisoglebsk rest ashes of fighter-pilot Hero of the Soviet Union Sergey Avdeyevich Burnazyan. In Zemlyansk the crew of Artyusha Ohanjanyan is buried, who repeated the feat of Captain Gastello.

For this feat Artyusha was awarded the Order of the Red Banner, the other members of the crew have not received awards. 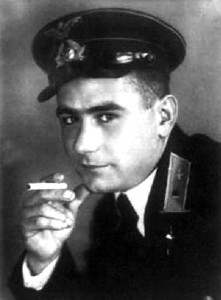 In honor of the heroic son of the Armenian people, celebrating the 100th anniversary of the formation of the Air Force, in Voronezh, a memorial plaque was established in the Pridonskiy microregion – in the street named after the pilot. In Armenia, in the Museum of Victory newspaper correspondent Qnar Tadevosyan managed to find the smoking pipe of Artyusha and a group photo with him.

Now it is often repeated, like a mantra, that the Soviet Union collapsed. No, it was made to collapse. But to cross the common history, which is sealed by the blood of the peoples of the Soviet Union in the struggle for freedom and independence, can not be done by any ill-wishers.