I SAW MY HOUSE 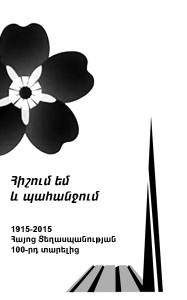 In the homeland of my ancestors (villages Jinis, Sogyutlu in Erzurum), I met with the people who now live in a house built by my great-grandfather Isoyan and his brother. The owner Turk Mehedi respectfully invited us into the house, treated with sweet tea, and we handed out gifts to children. It was like a dream – a few days ago I was at my home in Javakhque, and today – here.

With my terrible Turkish I somehow was able to explain to that Turk that my ancestors once lived here, and he said grinning, that in 1830 after the Armenians left, his grandparents, who were neighbors of my grandparents moved into their house.

Then we visited the cemetery of my ancestors, however, apart from a few stones, we found nothing, and the church of the village Jinis – St. Gregory – has become a Turkish mosque. I learned that there are Armenians in the village, two houses, but they have long forgotten the Armenian language. We waited for them but in vain, they were working in the fields.

One Meskhetian, Eldar, all the time spoke of “hidden gold” of Armenians. He said with regret that one day allegedly an Armenian visited him who came to Jinis to find hidden gold of his grandfathers in his house: “In the morning when I woke up, I didn’t see that Armenian in bed. I entered the kitchen and saw there that he dug the upper part of tandoor and took gold buried there.” And another Turk “friendly” recalled that in 1915 in their village Dashnaks killed 587 Turks. This figure he recorded in my notebook, and I wrote near it – 1,5 mln Armenians were killed. Turk looked at me and paused.

The head of the village did not like that we were doing shootings in the village and called the police. When he inquired from the hotel “Erzurum” who we are, he calmed down and gave us tea.

I considered myself a happy person that finally my dream come true – to see my ancestral homeland after 175 years. In this country, I saw Armenians who do not disclose their nationality, khachkars – cross-stones, destroyed monasteries. We even offered money to the Turks and the Kurds, so they opened the doors of our sanctuaries, showed cross-stones, the graves. These holy particles they keep in their barns to extort money from tourists.