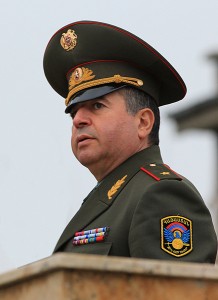 Scout usually operates behind enemy lines, and he chooses himself – where, when and how to act. One of the advantages of the scout is that nobody expects him, he himself is the initiator, but in this case it was different. The conditions were quite peculiar. The first – the scene, according to the enemy, was under proper control. The destroyed helicopter was at a distance of only a few tens of meters from the enemy positions. Special operation meant a clear timetable. Special Forces of the NKR repeatedly penetrated into that territory and came back, worked under the nose of the enemy.

The real military will not prevent removal of the body of the deceased officer from the battlefield. Even during the Karabakh war after the battle the two sides agreed and carried from the battlefield dead comrades, they did not interfere with each other. Our enemy has changed, has become more impudent, treacherous.