THEIR EXAMPLE IS A GUIDE FOR ALL OF US 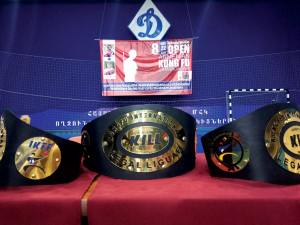 Recently, the 8th RA Kung Fu Open Championship took place, which was attended by 130 athletes from 7 federations and clubs from Artsakh and different cities and villages of Armenia. The contest was dedicated to the memory of the federation’s coaches, Davit Ananyan and Sevak Mnatsakanyan, who died in the 44-day war, as well as all our other fallen heroes.

David and Sevak, both hearing the boot of the war, without hesitation went to the front to give their share of the battle. On the day of the kung fu championship, their spirits filled the hall, where athletes, children and teenagers fought uncompromisingly, won or … lost with dignity. And the immortal coaches, by their example, were present and encouraged the boys with their unwavering devotion. Their large pictures reminded those present that the homeland should be loved as they loved…

President of the Armenian Kung Fu Federation Sargis Harutyunyan coached Sevak, David was a close friend of his.

– The boys’ heroism obliges us to cling to our land more firmly, to move forward with greater confidence and to create new victories in all spheres, – says Sargis Harutyunyan. He is one of the coaches who was once coached by Lebanese-Armenian martial arts coach Karo Kebabjian, Murad Galfayan, who is currently in Beirut, and Hakob Rusalyan, who is in Canada. Sargis is one of those who continue their work in the Homeland. – Our goal and motto is to develop Ayb-3 among our students – “Healthy body, Awake mind, Honest soul”, to bring up a healthy, patriotic generation. Not every student has to become a champion. Our goal is to give the army trained, strong young people. We have students who took part in the war, including David Gasparyan, Edward Tadjosyan and Marat Petrosyan. The latter is the hero of the April Four-Day War, and won high prizes in competitions in China. Marat Petrosyan participated in the 44-day war as an officer.

Davit Ananyan and S. Mnatsakanyan were coaches, their role is huge in the upbringing and physical training of the new generation. I am sure that our students will continue their work. And their vivid memory will be a guide for all of us…

One of the heroic coaches, Sevak Mnatsakanyan, was the founder of the Shvak National Martial Arts School. Siak’s biggest dream was a powerful Homeland. He was convinced that only by educating a strong generation is it possible to create a strong Homeland and a secure future. And, of course, someone like him could not stay out of the dangers threatening the country. Both last and in 2016. During the April war, he left for the front line on a voluntary basis. When on September 27, 2020 the news of the war was received, the volunteers of the “Great Tigran” detachment immediately gathered and left for Artsakh on the morning of September 28. With some of his friends, Sevak died in this war, the same boys with whom he had fought in the April War. 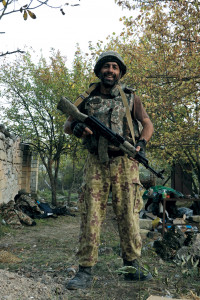 Sevak Mnatsakanyan’s brother, Masis, continues his work after his brother’s death. He heads the “Shvak” National Martial Arts Federation, founded by S. Masis is a rescuer. works in the Ministry of Emergency Situations. During the war, he asked to be allowed to go to the front lines as a volunteer. He managed to leave for Artsakh on October 10.

“Sevak was still a fighter for justice from school,” says Masis about his brother. He was active in all spheres. in environmental issues, both public and humanitarian. He graduated from the Institute of Physical Education. He was a pedagogue. He was very successful in sports. He practiced judo for many years. In Armenia, he registered victories in international competitions.

“His main goal,” Masis continues, “was to restore our national martial arts.” He studied all the sources, “developed the national sport” of the history of our war. For him, sport was a way to present and make the Armenian type known. This has been his goal and great desire in recent years. And the continuation of his dreams should have lived after him… The students of “Shvak” National Martial Arts School show their professionalism here today, compete with dignity, as Sevak taught them. His students remember their coach with great fondness.

During the 44-day war, Sevak fought with the boys of the “Great Tigran” detachment in “Yeghnikner”. They carried out special operations.

It was during the attack on Mount Arega that part of the unit went into action. Some time later, some of them came back, saying that some of the boys of the detachment had been killed, and some of them, who were wounded, were being pursued by the enemy. They said, “Run away, they are already close.” The respondent answered. “How can you run away? “We are going after the wounded right now.” This important mountain was liberated from enemy forces during the bloody battles. Later, however, due to the extreme imbalance of forces, it again came under enemy control. 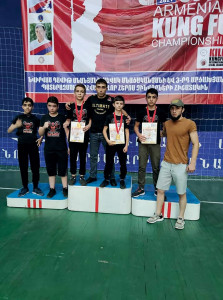 Enemy attacks were incessant. Their “taxis”, which gave this name to the planes that often bombed the area, came, fired rockets and went back. On October 19, one of the enemy’s missiles “found” Sevak. The plane fired a rocket at the building under which the boys of the detachment took refuge. the armor collapsed on them.

“He knew there was going to be a war,” says Masis. He called our people to vigilance. His type was like that. He could not be absent from the battlefield when there was a war. I will never discuss my brother step by step. Let each of them continue his work in his field, as much as he can, make efforts to make his dream come true – a strong, strong Homeland, Armenia and the worlds of Artsakh…

Sevak Mnatsakanyan was married, has two young children, a 1.5-year-old daughter and a 3-year-old son.

David Ananyan was a reserve officer, having worked as a coach in the Berdzor region of Artsakh for many years.

David and his wife, Ogita, both from Martakert, lived in the same building in Jrvezh, Yerevan, and attended the same school. After graduating from the Police Academy, David decided to serve in Artsakh. He loved the world of Artsakh immensely. He convinced Ogita that they started their life together in Artsakh.

David had achieved unprecedented professional success in Artsakh. He was one of the youngest heads of criminal investigation, and at the same time trained the children of Berdzor region. Later the family moved to Yerevan.

From the very first day of the last war, 41-year-old David applied to various military commissariats to volunteer. They replied that as a reserve police officer, he should wait until he was called. But he could not resist. He joined one of the detachments going to war and hurried to Artsakh. Like S, he was at the forefront during the April war. He did not have time to fight for his share and From the beginning of the 44-day war, despite health problems, he left for the battlefield. Before leaving, he called his eldest son, Monte, to tell him: “You are the big man of the house now, the man of the house, you will take good care of everyone until I return.”

David fought with three friends in the Red Market area, took part in reconnaissance and sabotage operations. He fought selflessly, giving spirit and strength to his comrades-in-arms even in the most difficult situations. His life was interrupted on the last day of the war, on November 9, by a rocket fired by an enemy plane.