WE LIVE, WE SURVIVE, WE WILL WIN 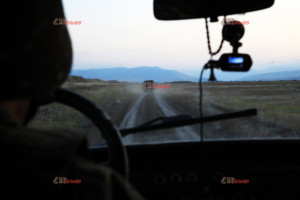 The breath of the war

The war is ranging. The breath of war is hardly felt in Yerevan. Life goes on as normal though the Artsakh  front is in the center of everyone’s attention, and the political processes developing around it. Everyone is busy with their work, following the news in parallel, and then discussing the events at an almost “expert” level. As soon as we find out about our departure to Artsakh, acquaintances and strangers express their support.

We are on our way and the war is becoming more objective. Occasionally there are vehicles transporting volunteers and soldiers. During short stops, many people approach, ask what they can do to help, and inquire about the military situation.

Shortly after crossing the border of the Artsakh Republic, you can clearly see the war. There is a movement of military equipment on the road, in some parts the traces of missile and air strikes are visible. We automatically start observing the air space. Beware of enemy drones. 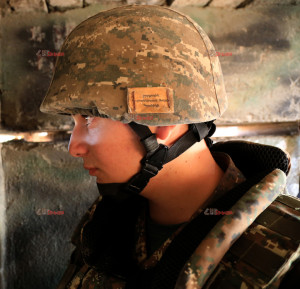 We reach the capital Stepanakert. There are few passers-by on the streets, the inhabitants are mainly in shelters, because the city can be shelled at any moment. We see rocket-propelled grenades in different parts of the country. We are placed in the basement of one of the buildings, we go out only in case of urgent need. The city is alive, all the infrastructure is working, or with some disruption.

At night the city is plunged into darkness. The lights are turned off for safety reasons. The stars of the clear night in the dark seem to shine brighter. They are so bright as if sprinkled by force. The sky of Stepanakert is beautiful, you look and forget for a moment that there is a fight tens of kilometers away. We go to the shelter in a kind of peace, but after a while we return to the cruel reality. The whistle sounds, sounding the alarm. Stepanakert is being shelled again, one of the rockets falls about five hundred meters away from our shelter …

We are in Stepanakert hospital. Here the medical staff works 24 hours a day. Everything is adapted to the war situation. The reception is in the lobby, the wounded are registered, the necessary preliminary examinations are carried out. There is constant movement at the doors of the operating room, they come and go, they are interested in the condition of the wounded. An operation is underway on a soldier who received a shrapnel wound. After a while, one of the nurses noticed a smile on his face. Doctors manage to save the boy’s leg from amputation. For those medics in these difficult days of war, every successful operation is a symbol of longevity, our victory. 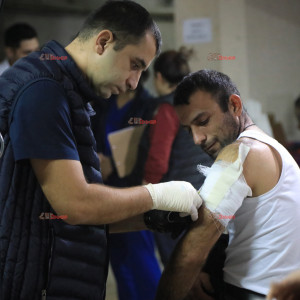 The hospital is the front line of the medical staff, they do not leave their positions. Volunteers from Yerevan and all over Armenia came to the aid of Stepanakert doctors. They take turns resting, but in case of admission, the resting staff rushes to the rescue. Everyone is working hard, from ambulance drivers to the hospital chief doctor, everything is being done to provide effective medical care to the injured minutes in advance. The subject of a separate story is the work done by the nurses operating on the battlefield under enemy fire.

I follow the work of doctors, I see the citizens affected by the rocket attack, I involuntarily remember the beginning of the distant 90s. I was in school, we were watching the reports showing the rocket-propelled grenades in Stepanakert at that time, they saw how often they performed surgery in the basement by candlelight. History repeats itself that now there is electricity, we are also provided with portable generators. And the enemy is the same insidious, targeting the civilian population.

Several wounded servicemen who have already undergone surgery and need rehabilitation treatment are being transferred to medical institutions in Yerevan providing specialized professional assistance in the regions. Before we bring any more wounded, we decide to go out, and the alarm goes off again, and everyone rushes in. A dog is lives in the shelter with people, they say. A couple of minutes before a rocket attack, it goes down to the basement.

They hit very close to the hospital. The alarm horn does not stop. It is a war. 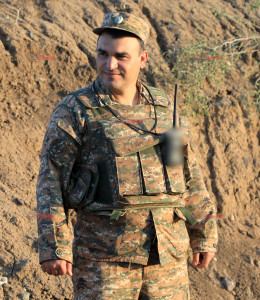 We are going to the front line. The car is speeding, we keep looking on the sky. We are at the command post of the defense district. Effective command of troops in all directions is carried out from here. At the moment, active actions are underway, we have to wait. We talk to soldiers and volunteers. Everyone is positioned so that they are not visible to drones, and they give us the necessary advice. Explosions can be heard at different distances. It is an artillery fight. Even in this situation, boys do not lose their sense of humor. It turned out to be the birthday of one of the soldiers. One sends a greeting, the other hugs, congratulates, and the third leaves the pack of cigarettes, saying that this is a gift. We all laugh, and the soldier says that in the morning the commander approached, congratulated, and then asked, “What do you want me to give you? Do you want me to release you for a day?” Someone else suggested that he could ask the commander to give him two days after the war.

Finally we can talk to the commander and get permission to move forward. We are accompanied by the Deputy Commander of the military unit, Lt Col L. Baghdasaryan. He advises all of us in advance, especially the driver, to strictly follow safety rules. We are moving. There are unexploded bombs on the road, components of aerial bombs and missiles. The eyes of the lieutenant colonel and his driver are accustomed to them, we skip them. They tell about the past days, so calm and confident that for a moment you forget that you are on the battlefield.

“In the first days of the war, our positions were heavily shelled, unfortunately, we also had losses. The enemy tried to occupy favorable areas, but we did not allow it. Our artillery, armored units effectively destroyed enemy command posts, grenade launchers, heavy armored vehicles. We also fired various artillery pieces, breaking the momentum of the attack at once. 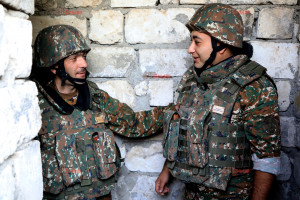 Captains M. Danielyan and A. Gesyan closely follow the enemy’s movement through the video surveillance system. When you notice a slight movement, the coordinates are transmitted to the artillerymen, directing their fire. The key is the speed at which the enemy does not have time to change position and position. The officers assure that our servicemen are in full control of the situation.

While the officers are discussing service matters, I follow the actions of the soldiers. They move quickly, without straining, everyone knows exactly what to do. During the conversation, they shoot from the front, and the boys smile, which is normal. Another collects the fragments of the rockets and shellss that exploded in the area, brings them, and says that an unexploded artillery shell has fallen a little further away.

We already want to leave, the commander of the D-20 battery, Capt D. Aleksanyan, arrives at the base. Under his leadership, the artillerymen were extremely effective, hitting many targets. And now, confident in their abilities, they are waiting for new tasks. 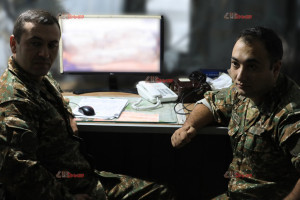 We are on the line of direct contact of the troops. We are separated from the enemy by several hundred meters of no man’s land. The senior of the base, Lt T. Sargsyan reports to the lieutenant colonel that the enemy has repeatedly violated the ceasefire, all attempts to advance have been stopped. We enter the trench, talk to the trench observers. It is the turn of Aren Simonyan, Vachagan Baghdasaryan, Mame Mnjoyan. We make sure that our servicemen stand firm in their positions, ready to defeat the enemy. The enemy fire does not stop. Our target responds by suppressing the firing points. However, it is dangerous to stay long, the lieutenant colonel is informed that the enemy is starting to target our vehicles, it is necessary to move urgently. A few clear orders, according to the superior, the servicemen receive the necessary instructions for further service,, we return. Though we understand that we have been located, there is no panic, no tension, because we see the clear actions of our military, we feel safe and calm next to them. There are clouds of smoke in the distance, our artillery is working.

After the subversive penetration of the enemy in the direction of Hadrut, we leave in that direction. An anti-terrorist operation is being carried out, fighting is going on. They are also shooting at us. At the moment when the leadership of the neighboring country announces that they have captured Hadrut, we are there. The head of the administration, armed with a weapon,  and who was wounded the day before, is in his office. There are snipers in different places, but he works for his native place.

After reaching an agreement to establish a humanitarian ceasefire, the shelling of Stepanakert intensified. They hit with great frequency. In the middle of the night, after another hit, we reach the place where one of the rockets landed minutes apart.

An administrative building and nearby infrastructure were destroyed by the shelling. A fire had broken out. The house next door was also significantly damaged, becoming uninhabitable. And the landlord is joking that the TV was also damaged, how will he now know what is happening in the world? Even in that difficult situation, there is no lack of humor in Artsakh.

The people of Artsakh, the brothers who are fighting for our land, seem to have forgotten the fear. They are fighting against a powerful enemy force, they are strong, united both in the rear and on the front line. It is a war, but we sruvivet, we live, we will win.