TREATY OF SEVERS. 100 YEARS ON 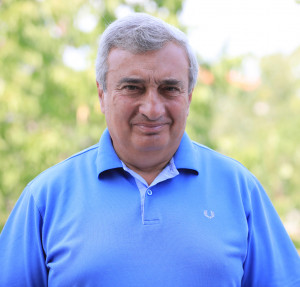 “THE ARBITRARY AWARD DOES NOT NEED RATIFICATION …”

An interview with ASHOT MELKONYAN, Director of the Armenian National Academy of Sciences Institute of History

Q: Mr. Melkonyan, we all know what the borders of Armenia would be like if the Treaty of Sevres were implemented. The part about us remained on paper, unlike the case with many countries that appeared on the world map after the Treaty of Sevres. We know the shares of guilt of Bolshevik Russia, Kemalist Turkey, Western countries that we were deprived of the territories awarded to by the arbitration. I want to ask you, what was the fault of the Armenian authorities? My question is not to read the verdict in retrospect, but to reinterpret the events of the past.

A: The United States agreed to assume the mandate of Armenia, American General James Harbord traveled to Armenia and Asia Minor to study to find out what resources and financial resources are needed for the mandate of Armenia. In Sebastia, he met Mustafa Kemal, who started the nationalist Milli movement to prevent a split in Turkey. Knowing that Harbor was coming to Yerevan, Mustafa Kemal asked the general to convey his offer of a direct dialogue on the borders of the two countries to the Armenian authorities. On the eve of the Severes Treaty, the Armenian government already knew that the great powers that won the First World War were ready to settle the Armenian question, to defend the idea of ​​a united Armenia, and the United States agreed to assume Armenia’s mandate. Therefore, they preferred not the option of presenting more moderate demands to the defeated Turkey, of resolving the border issue through direct negotiations, but the more luring proposal of the Entente, the victorious countries.

Q: Later, both General Qazim Karabekir and Mustafa Kemal spoke about that issue. They were convinced that the Armenian-Turkish bilateral talks would allow Armenians to have more favorable borders. If we refer to justice, we would have wider boundaries than provided by the Treaty of the Sevres. The problem is different: we should not wait for a miracle, we must understand that the kindness of strangers is a very shaky pillar, and our ambitions must be in accordance with our strength. In other words, only in case of being a powerful state can we register great successes, and not pin hopes on powerful allies…

Q: There is logic in what you said, but we were the ally of the countries that won the First World War, at that moment there was no reason to give up the fruits of that victory. Now it is easy to find the correct version in the background. Why should we give preference to a defeated Turkey and not a victorious Entente? No one could have predicted that the Kemalist movement and the Bolshevism supporting it would be able to stand in the way of the realization of our most cherished national dreams.

Turkey was a defeated country, left alone. But Tsarist Russia, an ally of the Entente, withdrew from the war after the October Revolution of 1917 and made a separate peace treaty with its former enemies, Germany, Turkey, and others, renouncing the fruits of victory. Strange as it may seem, Lenin incomparably attached the issue of political power to the issue of territories and considered it secondary. The Bolsheviks met Mustafa Kemal in 1920. In late April, they responded to his letter with a promise of support. That rapprochement became closer in 1920. 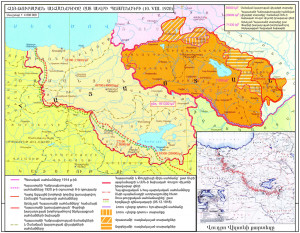 Q: Azerbaijan, however, benefited from Bolshevism, receiving Karabakh and Nakhichevan as gifts from Turkey and Russia.

A: The 11th Red Army radically changed the situation in the region. In 1920, the Congress of Muslim Peoples was held in Baku on September 1-7. It was attended by leaders of various Muslim countries, including Enver Pasha, the leader of the Young Turks, and Zinovev, a member of the Central Committee from Bolshevik Russia. The two hugged and decided the fate of independent Armenia.

Q: Is this the congress where Azerbaijan was declared the stronghold of the proletariat and Armenia the lair of international imperialism?

A: Yes! And it was decided to Sovietize Armenia with the help of Turkish troops. With the sanction of the Russians, on September 23, 1920, the Turks, led by Kyazim Karabekir, attacked Armenia, started the Turkish-Armenian war, which had a catastrophic effect on Armenia …