THIS IS NOT OUR WAR 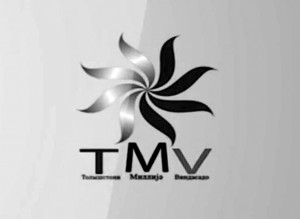 I appeal to you – Talysh, Lezgins, Tats, Avars, Udy, ie representatives of indigenous peoples living in the artificial state of Azerbaijan. I appeal also to you, Azerbaijanis that protect strongly their oppressive elite.

Today, only one issue is of concern to us – the question of peace. And it is clear to all of us who started the war. What kind of powerful and invincible army we can speak about, when in Azerbaijan everything can be bought, sold and resold? We all know the value of words of the authorities, we know that they have gone on a military adventure, to hide the catastrophic internal problems of the country, every day the deteriorating economic and social situation of the people. And now they want to allegedely unite the people against the common enemy. However, there is no enemy, because Armenians, Russians, Persians live peacefully in their own countries. We are our enemies! More precisely – the ruling elite. Here is your enemy!

By the way, among the human losses of the Azerbaijani side was a large number of ethnic minorities, you can check the facts for yourself. Yes, human and technical losses of the Azerbaijani army are enormous. To hell with the technique, it is a pity our children. Now, many are asking: why the ruling elite went on this adventure? Moreover, everyone knows that the Armenian army is invincible, you can’t defeat the Armenians, the Armenians are people-army!

We have seen what is happening in Karabakh and Armenia. It was a general revival. This is me telling you, as a witness. The only task of the Armenian authorities was to control the volunteers flow. And it was not a theater performance, it was a spontaneous reaction of the people. Everywhere I saw an iron will. These people can not be defeated. Armenians will not give up a single inch of land. A heavily armed Azerbaijani soldier left his arms, his friend and commander and fled.

Armenian mother grieves for his lost son, but is comforted by the thought that her son gave his life for his country. And what will comfort the Talysh and Lezgin mothers? Their sons did not die for the noble, the national idea, but for the interests of the Aliyev clan. They have been sacrificed on the altar of Pan-Turkism.

It was said and we repeat – it is not our war! Our sons shall not be sacrificed pointless.

Save your children, save at any cost, save their young lives! Your children have the right to sacrifice their lives just for the sake of the homeland, noble ideas, in the name of freedom and independence!