ARMY OF ONE WAR 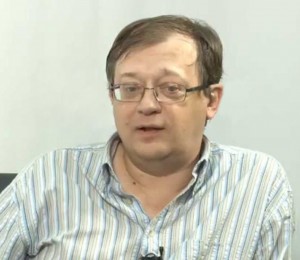 Azerbaijani army from the point of view of the Russian military-political analyst Alexander Khramchikhin. Comments by military historian Mnatsakan Khachatryan.

Azerbaijan closely cooperates militarily with Israel, so it is likely that the Azerbaijani T-55 will become a heavy infantry fighting vehicle such as Israeli “IDF AHZARIT”.

Armored reconnaissance and patrol vehicles BRDM-2, combat vehicles BMD-1, reconnaissance vehicles BRM-1 and BMP-1, BMP-2 and BMP-3 together make up 479 units, and the total number of armored combat machines of Azerbaijan is 220 units, of which only 135 can be BMP. Here is a clear multiple superiority of quotas (infringement).

Firstly, we emphasize that on the relevant agreement valid set of combat armored vehicles for Azerbaijan has been established 220 units. By the number of only armored vehicles this country is almost 4,5 times more than the permitted limit. If we sum up the Azerbaijani armored combat vehicles and armored personnel carriers, the superiority will be more than 6 times.

Then Khramchikhin notes that “more than half of this equipment is listed in the internal forces and border troops. Even in this case, the breach is obvious and constitutes large figure. Moreover, in internal and border troops of Azerbaijan the number of military equipment of this type should not exceed 100 units. I.e. here there is also a violation.

A lot of attention is paid to the development of rocket artillery, which is essential to the successful offensive of the powerful Armenian fortifications. There are 44 Soviet MLRS BM-21 and 20 Turkish T-122, 30 Turkish T-107 and 20 TR-300, 18 Russian TOS-1A, 30 “Smerch”, 6 Israeli multicalibre “Links.”

Quota of artillery means, specifically artillery offensive of 100mm caliber and more,  ie excluding anti-tank and anti-aircraft guns, for Azerbaijan is set 285 units. The mere number of self-propelled and towed guns is exceeded by 64 units. If we add to them also mortars of 100mm caliber and more, where is not included 82 mm 2B14, the violation will reach 266 units. Finally, we add to all these Russian, Turkish, Israeli-made MLRS, and the violation will be 310 units, twice more than is set. Do not forget also the above-mentioned 12 tactical missile system units “Tochka”.