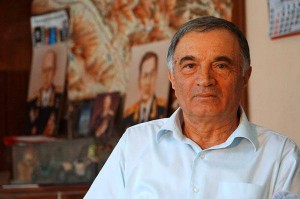 …Dear compatriots! Congratulations on the 24th anniversary of the formation of the Armenian Army!

The early 1990s were crucial for our nation and our people. We wanted to have the freedom and independence – and got it!

Congratulating on the occasion of the Armenian Army, I wish that our guys gloriously defend our homeland, be healthy, have a fighting indomitable spirit and sought peace, because only in conditions of peace and creative work we’ll make our country prosperous and strengthen our statehood.

I want to especially congratulate standing on the front line brave soldiers. I wish them a high morale, stamina and health.

These days various media are ranting about the military budget of Azerbaijan, that supposedly this country, which only yesterday suffered humiliating defeat from us, whose soldiers headlong fled from Armenian soldiers, ranks eighth in the world by its capacity… Funny math… Let us remember that for our independence, we came up against the army of the Soviet Union, which was the strongest in the world and a part of which was also Azerbaijan. We fought not only by weapons, but also with our brains, ​​our faith, indomitable spirit. As a result – the victory was ours…

We won, and today we’ll win, too, not only because of our “muscles” but the eternal moral and cultural values ​​of our people. The proof of this – our brilliant victories in the Artsakh war!