LITTLE-KNOWN BUT VALUABLE PAGE FROM THE LIFE OF AZNAVOUR 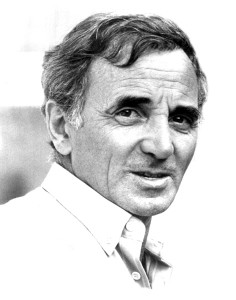 It seems we know everything about the world-famous singer, National Hero of Armenia. However, in the National Archives of Armenia there are documents about an important event of 1946 in the life of Aznavour family, which is not even hinted by the biographers of Charles Aznavour. It is the decision of the Aznavuryan family to repatriate to the Soviet Armenia after World War II, in 1946.

On November 21, 1945 USSR People’s Commissar Council adopted a decision “About the measures taken in connection with the return of Armenians abroad to Soviet Armenia.”

Charles Aznavour and his family – father, mother and sister wanted to repatriate to Soviet Armenia. On May 30, 1946 they appealed to the Migration Committee in Paris and on June 5 officially filed an application for a permit for entry to Soviet Armenia as a “citizen of the USSR.”

“Why the Aznavuryan family could not repatriate, is unknown, – writes the employee of the Archive Armen Badalyan. – But let us remember that the number of people wishing to migrate was 4 times higher than of immigrants. Probably the turn of the Aznavour family did not came, as well as for tens of thousands of Armenians from around the world. The fact is that in 1948 migration process was suddenly stopped when many had already sold their homes”.

In any case, the fact remains that Aznavours wanted to come to Armenia, to serve the Armenian theater, music. And it proves once again about devotion of the Aznavuryan family to their homeland.

Currently Charles Aznavour is the Ambassador of Armenia to Switzerland, Permanent Representative of the Republic of Armenia in the Geneva office of the United Nations, permanent RA Ambassador to UNESCO.