NOTHING WILL CHANGE WITH APPOINTMENT OF MAHCHUPYAN 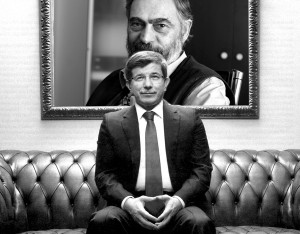 Towards the 100th anniversary of the Armenian Genocide, Armenian writer from Istanbul, journalist, publicist Etienne Mahchupyan was appointed chief adviser to the Prime Minister of Turkey. It seems he is the only not Muslim in the Turkish government. Davutoghlu, commenting this appointment, said, that ethnicity of the chief adviser has no relation to his appointment.

What is the purpose of this political move on the eve of the 100th anniversary of the Genocide? What impact it will have on the Armenian-Turkish relations?

– No doubt, he has all the advantages to be appointed as the chief adviser. However, it is another question: why Davutoglu appointed to this position an Armenian? There are some reasons. Firstly, European Union always accuses Turkey of violating the rights of minorities, ethnic and religious groups. In all the reports, which refer to Turkey, it is always indicated this circumstance, therefore, appointing Mahchupyan, Turkey firstly tries to improve its international image, as well as somehow conceal Armenian revelations. And the fact that in this country there is xenophobia, particularly Armenophobia, it is an indisputable fact. And from time to time, Turkish officials make obvious anti-Armenian speeches.

Secondly, with this appointment Turkey gained an opportunity to counter-attack measures in anticipation of the 100th anniversary of the Armenian Genocide. The efforts of the Armenians for international recognition of the Genocide, the Turks believe is a hostile attitude towards Turkey.

Such a post can be seductive for Mahchupyan, but whether he will be a tool or not, time will tell. He is highly intelligent man. I think that he will remain at his height or resign. I believe in Mahchupyan.

And if we consider this appointment in a prism to facilitate improvement of Armenian-Turkish relations, unequivocally, nothing will happen, because Turkey’s policy towards Armenia is in force since 1991, from the first day of our independence. During this time, 5-6 presidents, 6-7 governments changed, but the essence of the policy is not changed, i.e., it remains emphatically anti-Armenian. We are talking about preconditions, threats.