A NEW TRAINING PERIOD HAS LAUNCHED 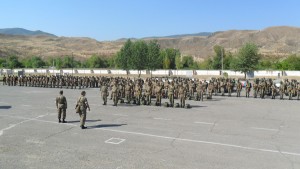 Checks of the 1st Army Corps by the Main Military Inspectorate of the President of the Republic of Armenia and the periodic visits of RA Defense Minister Seyran Ohanyan are left behind. Checks showed that combat training, readiness and military discipline in the Army Corps, operating under the command of Colonel Tigran Parvanyan, are at the highest level. 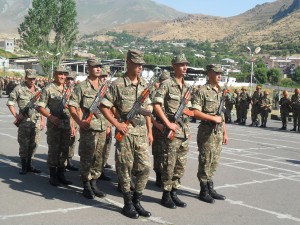 According to the plan of combat training, the start of the new – summer training period was marked by the preparatory activities, a solemn meeting, drill testing and training sessions. In all military units military weapons and ammunition, personal items, hygiene have been tested, their suggestions, statements, complaints were listened to, as well as knowledge of military manuals and official duties were checked. As a result of checks of documentation, barrack conditions, property, technology it became clear that all these correspond to the statutory requirements. 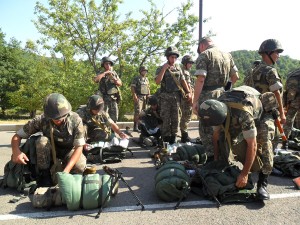 Battalion Chief of Staff Captain Frangyan, platoon chief Lieutenant Khalatyan, Major Gevorgyan, Captain Mkrtchyan are sure that their units can perform their tasks.

Start of the new training period in the 1st Army Corps showed that our soldiers are ready to pass all examinations at the end of the year to ensure good grades and good results during the exercise.