CYBER-WARS: IT IS NECESSARY TO KEEP TRACK OF “INTERNET’S HYGIENE” 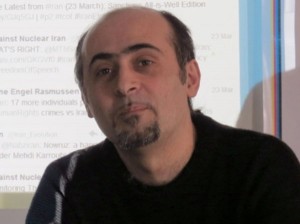 Periodically cyber-war between Armenians and Azeris activates. Information technologist Samvel Martirosyan says that the users of sites and social net should be attentive to their pages, passwords, especially state servants and militarymen, know elementary rules of cyber-security culture.

– I’ll mention that the net of state systems is under the control of the National Security Service, and during last years Azeri and Turkish hackers were not able to cause serious harm to us.

– Were there any cases when Azeris broke their own sites and blamed the Armenian side?

– Of course. A few times sites of Azerbaijan opposition were cracked and the Armenian side was blamed, i.e. they cope with the opposition on state level and blame Armenians. By the way, Armenian hackers as a rule don’t attack our opposition’s sites.

The servicemen should remember that in social net they are their target. They can ask the same question to some servicemen, and according to their answers make full picture. They study your comments, photographs. That’s why be very careful. The serviceman should be attentive to “Internet’s hygiene”, periodically check password, refrain from contacting strangers.