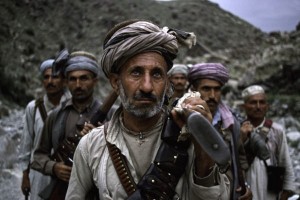 Probably in 2014 Talibs again will come to power in Afghanistan. And they can destabilize situation also in Iran. In this connection a question occurs: how will be the character of relations between Iran and Talibs?

For this we have to take into consideration three factors:

1. There is a religious hostility between Iran and Talibs, since Iranians are Shiah Muslims and Talibs – Sunni Muslims.

2. After the formation of Taliban movement Iran was against Talibs, considering them as an instrument in hands of Saudi Arabia, Pakistan and USA.

3. Talibs are of Pashto nationality and probably they have Jewish origin. In this regard they could take the role to advance Israel’s interests in the region which is Iran’s enemy. I.e. it is not ruled out that Pashtos are «natural» enemies of Iran.