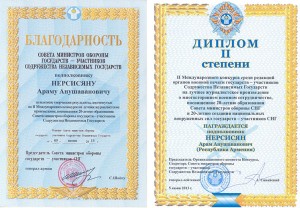 On the decision of CIS Defense Ministers Council of June 5, 2013, the results of the 2nd international competition “The best journalistic work” dedicated to the 20th anniversary of CIS DMC.