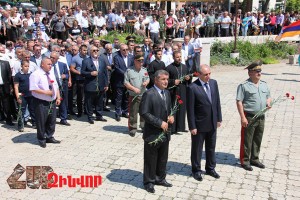 20 years ago these days Artsakh went through hard but heroic days. In the second half of June our volunteer forces, having successfully fulfilled combat tasks in the Nothern front, had already occupied some strategic heights and approached Martakert which was in prison almost a year.

Unambiguously we can say that in Artsakh war years Martakert villages and the city itself suffered more. Our volunteer detachments and Karabakh military units with their coordinated actions could withhold tenfold exceeding forces of the enemy and liberated Martakert on June 28.