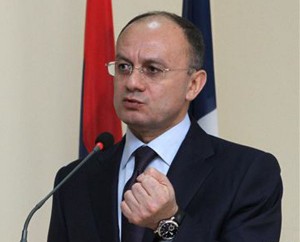 As for signing of the agreement between Armenia and Russia on military-technical cooperation Minister Ohanyan said: “There is an intergovernmental agreement on military-technical cooperation. Deepening of the cooperation allowed the heads of both states to bring it to interstate level. Now discussions on interstate agreement are in the final stage… There are already agreements on creation of joint organizations in the coming years, on the territory of Armenia as well, which would give the possibility to develop our military industry”.

As for the Russian military base no.102 on the territory of Armenia, it would bare the responsibility for the security of Armenian borders equally with RA AF. This provision has a special role in the agreement, which was signed by the RA and RF Defense Ministers in August 2012.