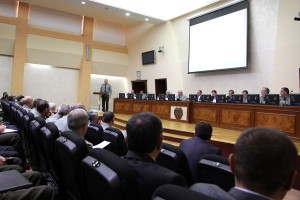 By completion of the board’s meeting Defense Minister Seyran Ohanyan gave a concluding speech. He mentioned that the RA Armed Forces permanently obtain modern arms and military technology, and in this direction serious work has been done and continues to be done.